My finished chicken coop looked really nice when painted and set up in the back of my previous garden back in 2010. 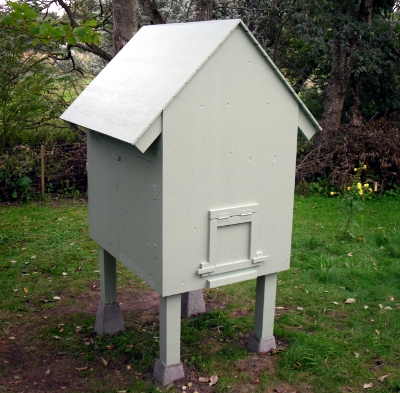 In order to save time and paint I only painted the coop on the outside, and left the wood untreated on the inside, which should also provide a more natural environment for the hens. 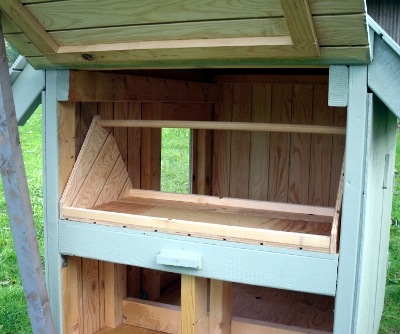 In the meantime I have moved to a new property twice, stubbornly taking my precious chicken coop project with me. It’s much easier to move when all the plywood sheets are removed. Again, it’s easier to see the raw wood on the inside. 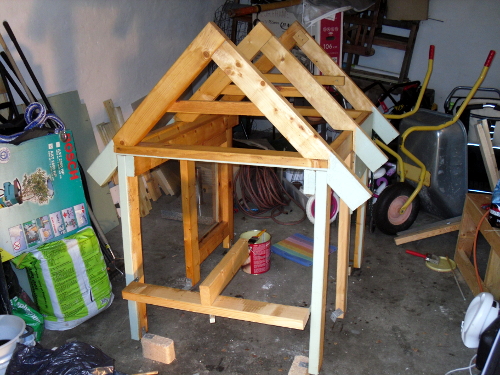 I assumed that the climate inside the coop would be mild enough to keep the untreated wood in good condition, but this was not at all the case. In fact, the frame started to rot, especially around the window. 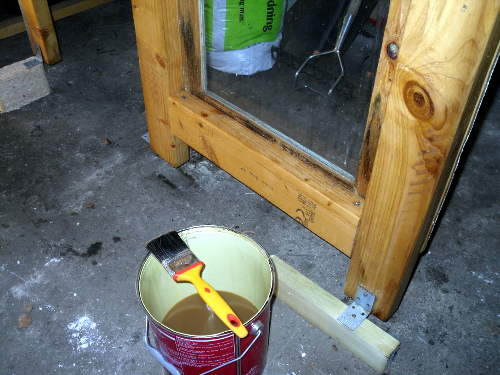 On top of that I have removed three new wasps’ nests in the making. I think they absolute loved the mild climate and fresh wood inside the chicken coop roof… sigh…

Now that the coop was dismantled anyway due to moving between houses it was easy to go over the frame with rough sandpaper and soak the frame and sheets in primer. Fortunately there was much more paint left in the bucket so after many long nights during the winter the coop is now in great condition on the inside too. 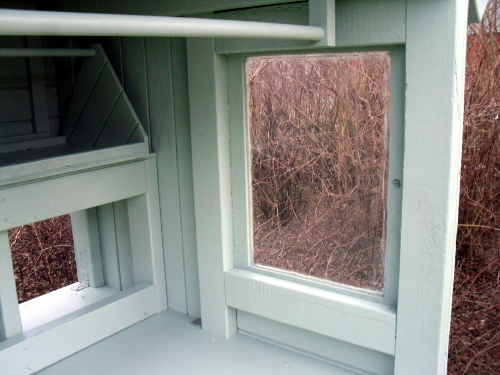 Hopefully the degeneration of the wood has stopped, and the wasps will dislike the paint – it’s not that practical to have a wasp’s nest inside the coop 😉

As a new addition an extra perch was added at the same height as the original one, since the Chicken Department Manager (a.k.a. my girlfriend) is worried that we can’t fit three fat chickens on one perch. The new one is placed over the door so maybe we’ll need an extra tray on the floor for collecting, um, composting materials 😉 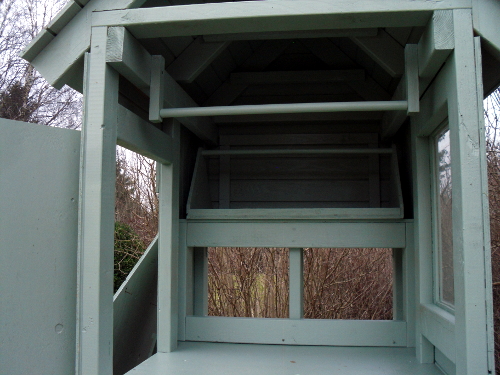 It’s still surprisingly cold here so we’re waiting for the soil to defrost in order to build the chicken run. We need to drive several poles into the ground but it’s a bit difficult when it’s all frozen… (something about hot weather in Greenland, greenhouse effect, North Atlantic Oscillation yada yada it’s still frekkin’ cold)

But beautiful it is: 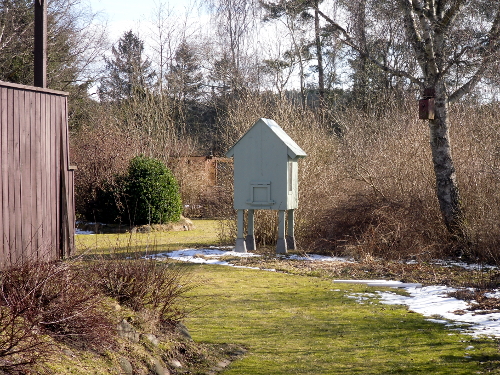