Unfortunately all of my potato plants have been hit with blight. After reading a bit about potatoes and blight I found out that Asparagus potatoes is a type that is almost certain to catch the blight each year: 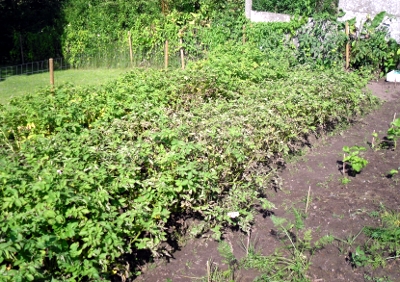 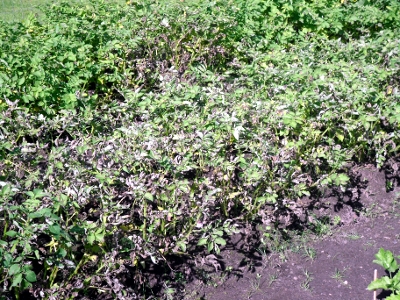 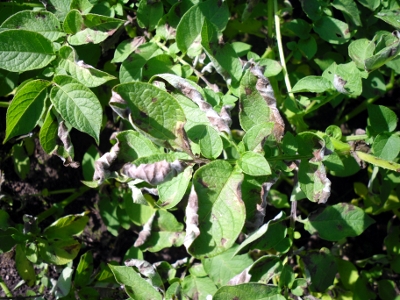 I grew this type of potato in previous seasons and didn’t have any problems but I think it’s because the local weather is different. The old garden was located close to the water with large open areas and windy conditions. This new place is different because it is surrounded by tall trees and fences, further away from the sea.

It is bothering me that the potato fruits containing new seeds is affected by the blight too, so that my potato seed saving project is probably going to stop right here, until next year: 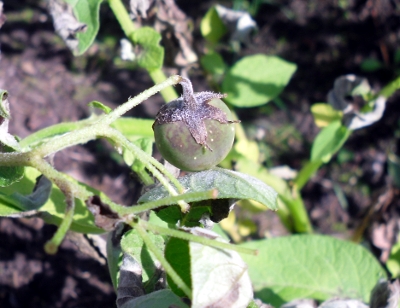 My tomato plants located at one end of the potato rows has also been hit, but fortunately the tomato fruits are still good: 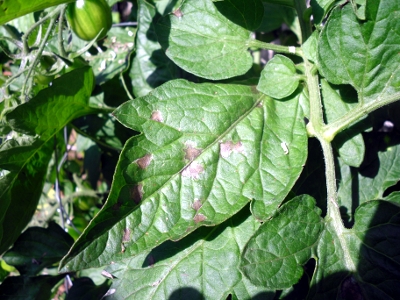 To avoid a build up of blight in your garden, it’s best if the foliage is burned – Sayonara!: 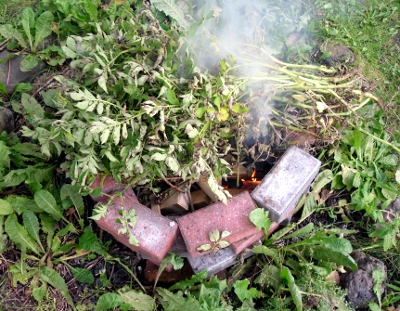 My garden looks like a forest hit by a wildfire: 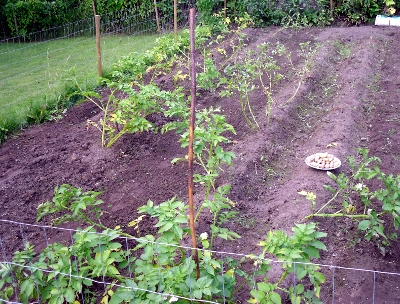 Sad, but the potatoes should be okay.

And oh – the plants left behind is the ones with fruits on them, should they win the battle against the blight. Fingers crossed.