To make the roof trusses you need a framing square according to the chicken coop plan, which I didn’t have, so I decided to make my own. I already bought different tools in order to build this coop, but this time I wanted to find a cheaper solution. I made a framing square from cardboard with the exact dimensions described in the plan: 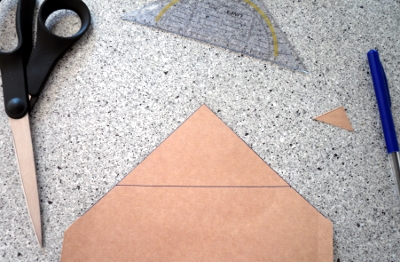 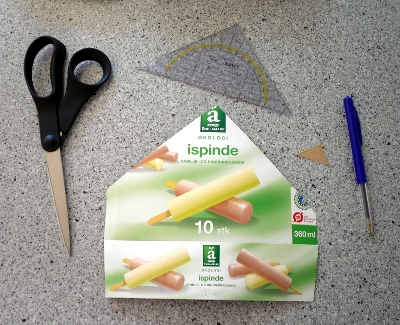 A small custom designed framing square came out of the ice cream box: 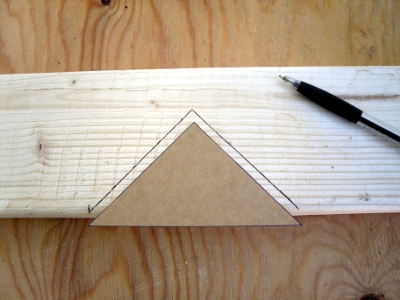 Mr. Jigsaw, glad you could join us! This is an amazing tool for this job. First I tried to cut the stud with a handsaw, but it’s hard to get the correct angle, and the handsaw is not as effective when you cut in a 45 degree angle on the grain. 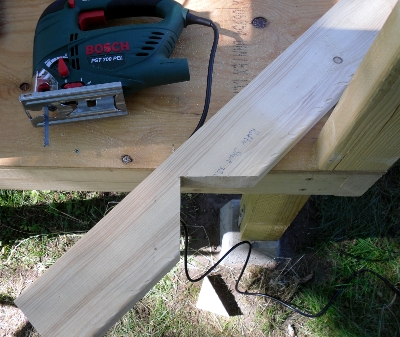 This could probably turn into a truss after all: 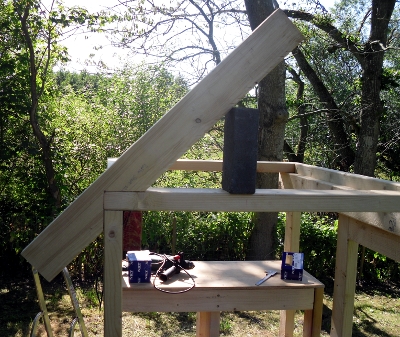 Phew! My measurements were correct: 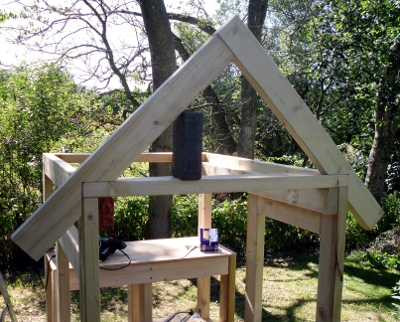 I used the floor of the chicken coop for the truss assembly. The cross braces were placed very carefully in order to get as close as possible to a 90 degree angle. I glued each truss together in the apex. 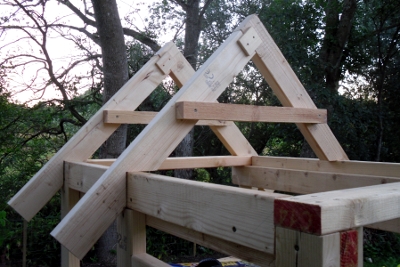 It worked! Now I just need to fasten each truss to the coop frame with screws: 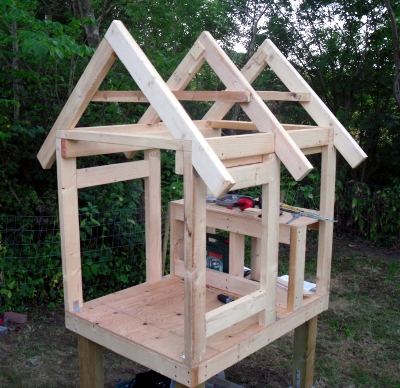 Next up is the mounting of the roof panels – if the rain stays away. It’s not like I’m able to move anything indoors anymore 😉 Which is kinda cool. It’s beginning to look like a home.