I’m doing a tomato growing experiment to show the effects of using growbags on top of self-watering polystyrene boxes. That gives me two parameters to work with, soil quality and water amount, that I can combine like this:

I’ll be posting more on this experiment later on but these are the results so far:

1: The tomatoes are looking healthy. It looks like the horse manure in the soil is doing its job. The soil looks dry though: 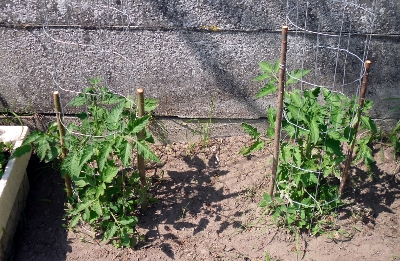 2: This tomato plant is growing in soil that I grabbed from a growbag, i.e. there’s lots of powerful fertilizer in this soil. (The one on the left is a cucumber, just for fun 😉 ) I dug up a bucket full of garden soil and filled the hole with growbag soil. It’s surprising that the tomato plant hasn’t grow taller and wider compared to those in picture 1. The plant in picture 2 looks bigger and healthier but that’s because of different light and zoom. The three plants are actually quite alike. 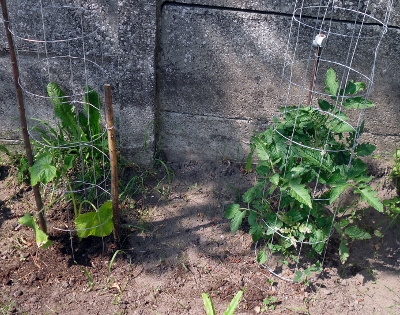 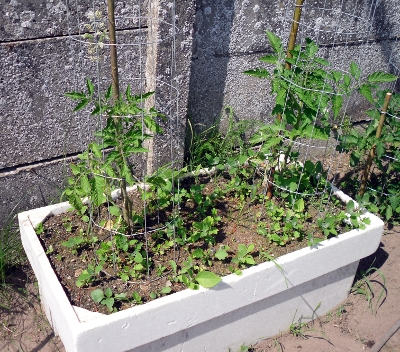 4: The Full Monty. Fertilizer and more than enough water. What happened? Nothing. This tomato plant is much like the others above. It looks healthier in the picture, but again, light and zoom is different. 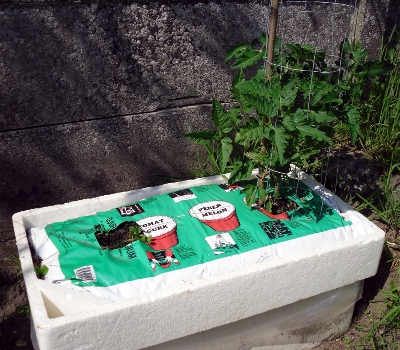 Conclusion: So far it looks like garden soil with natural rain watering does the same job as growing bags and self-watering boxes. A bit disappointing, but let’s wait and see what happens later on regarding growth and the taste of the tomatoes produced.

And here’s a fifth variation: These two tomato plants were left in the windowsill indoors for weeks longer than the above ones, and this resulted in a growth explosion when they finally were planted out. They’re much bigger and more developed than the above ones despite the fact that all the tomato seeds were planted indoors during the same day: 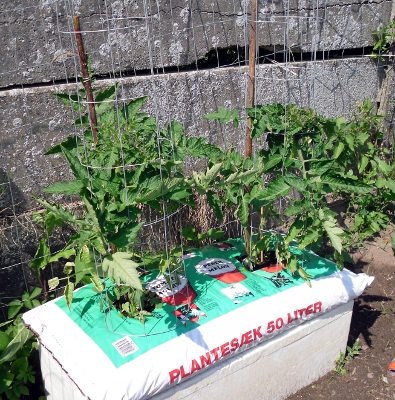